Pak4all
You are not connected. Please login or register

The Mummy Tomb of the Dragon Emperor (2008) In Hindi 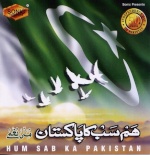 The Mummy Tomb of the Dragon Emperor (2008) In Hindi

Released : August 1st, 2008 (wide)
Genre : Action/Adventure and Sequel
Starcast : Brendan Fraser, Jet Li, Maria Bello, Michelle Yeoh, John Hannah
Desc :
Explorer Rick O'Connell to combat the resurrected Han Emperor in an epic that races from the catacombs of ancient China high into the frigid Himalayas. Rick is joined in this all-new adventure by son Alex, wife Evelyn and her brother, Jonathan. And this time, the O'Connells must stop a mummy awoken from a 2,000-year-old curse who threatens to plunge the world into his merciless, unending service. Doomed by a double-crossing sorceress to spend eternity in suspended animation, China's ruthless Dragon Emperor and his 10,000 warriors have laid forgotten for eons, entombed in clay as a vast, silent terra cotta army. But when dashing adventurer Alex O'Connell is tricked into awakening the ruler from eternal slumber, the reckless young archaeologist must seek the help of the only people who know more than he does about taking down the undead: his parents. As the monarch roars back to life, our heroes find his quest for world domination has only intensified over the millennia. Striding the Far East with unimaginable supernatural powers, the Emperor Mummy will rouse his legion as an unstoppable, otherworldly force... unless the O'Connells can stop him first.
Duration : 1 HR 28 MINTS
Size : 93 MB